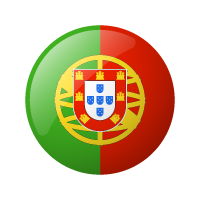 Mário Franco made studies in Philosophy. His background is linked to the associative movement in different areas from youth to development and environment. Later on he dedicated to public policy, focusing on Information and communication technologies.

From 1995 he has been involved in eInclusion projects and programs at national and international level. From 1996 to 2004, he was Chairman of the Foundation for the Promotion of Information Technology (FDTI). In 2008, he assumed the post of President of FCM – Foundation for Mobile Communications. Mario led a team who developed and managed the e.escola Program, which allowed the access to a mobile computer and Internet to 1.3 million people in Portugal, considered one of the most successful initiatives in this field. In 2012, he founded the Millennium@EDU, a multi-stakeholder initiative led by the private sector including some of the largest multinationals involved in education and technology that are willing to provide their contribution for the achievement of the United Nations’ Millennium Development Goals.