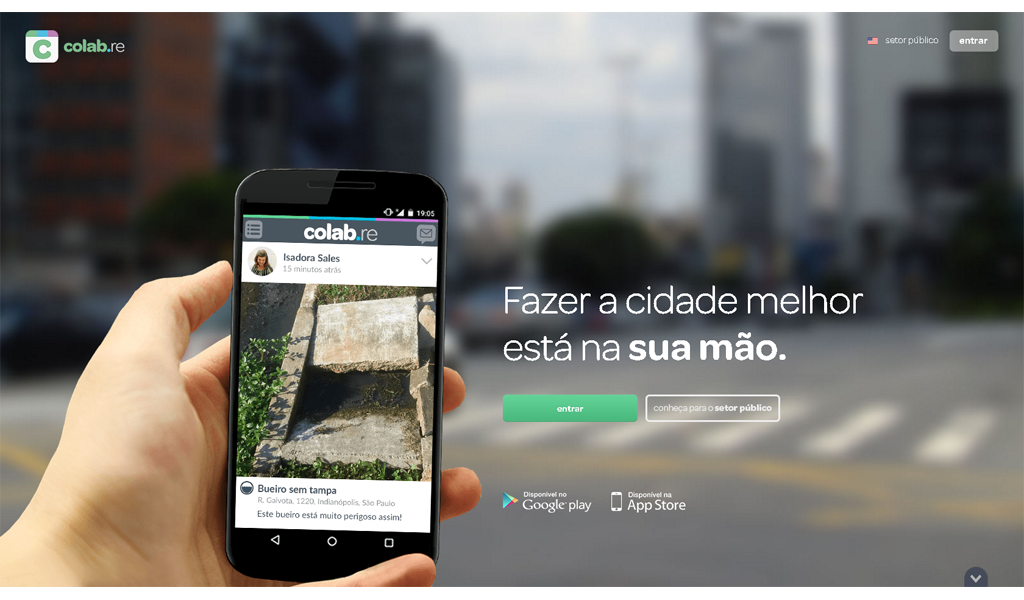 In 2013 the world’s leading urban innovators, entrepreneurs, and thinkers identified the world’s best urban app: Colab.re, from São Paulo and Recife, Brazil, was voted winner of the AppMyCity, an initiative of the New Cities Foundation. Colab.re is beautifully designed Civic Engagement app that is already being used by more than 10 city-halls around Brazil - for free! Colab.re analyzes how well the population is being served by public services in real time, and makes it possible for this data to guide public policy-making processes. The platform enables public management to be integrated with the social network through digital technology, allowing citizens to assess the quality of their cities. Social networks strengthen the power of citizens to help transform their city. The transformational power of the Internet extends itself to both big and small causes because it connects thousands of citizens (more than 50.000 Brazilian citizens already contribute via Colab.re) who are willing to share their opinions and suggestions, and who want to make effective contributions to change the city where they live. In a country like Brazil, which constitutes 5.565 cities and where 80% of the population lives in urban areas, we found the Colab.re initiative by far the best candidate for this nomination. 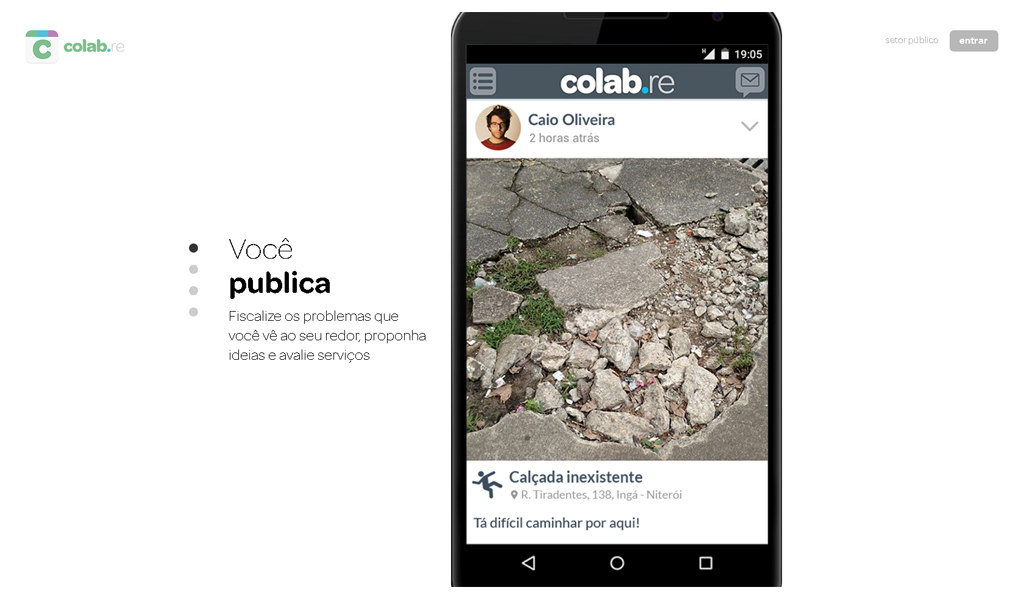 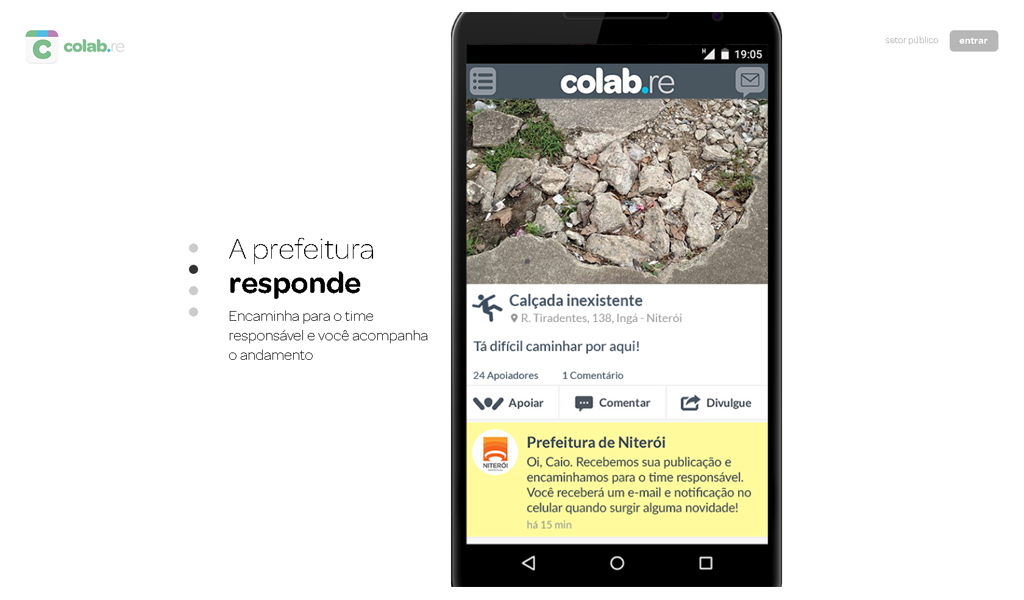 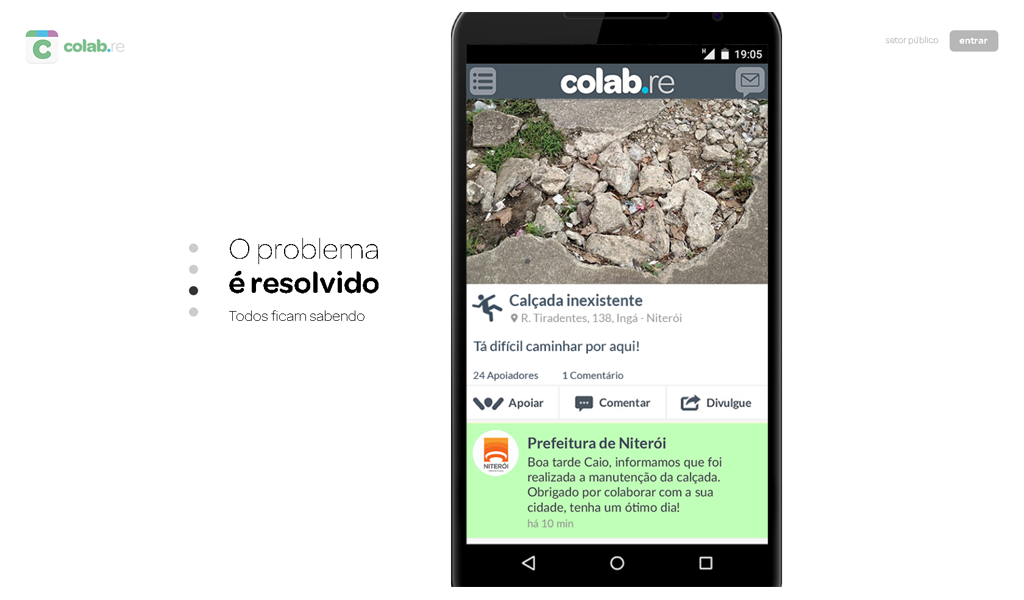 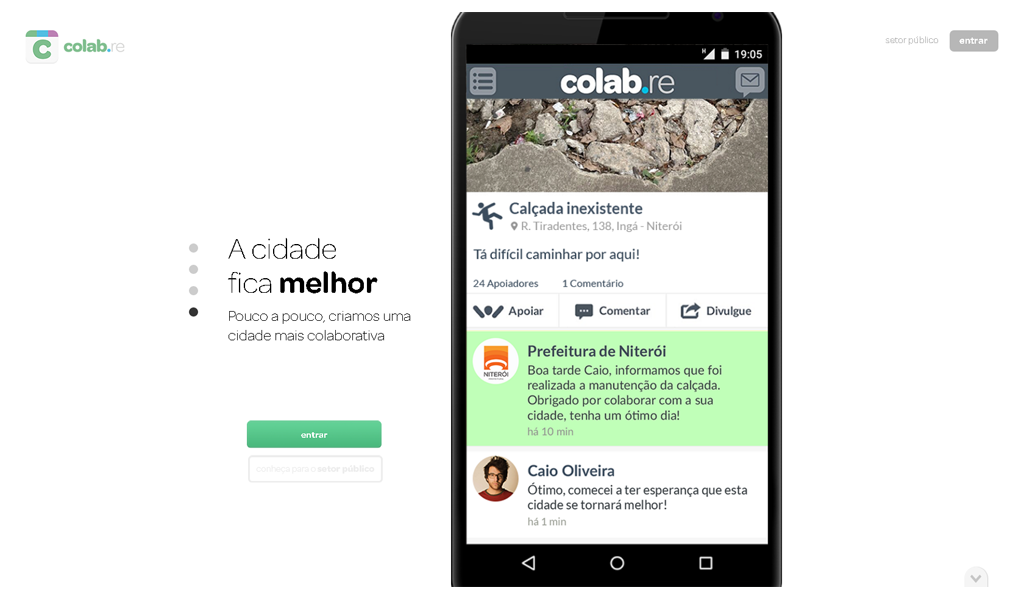 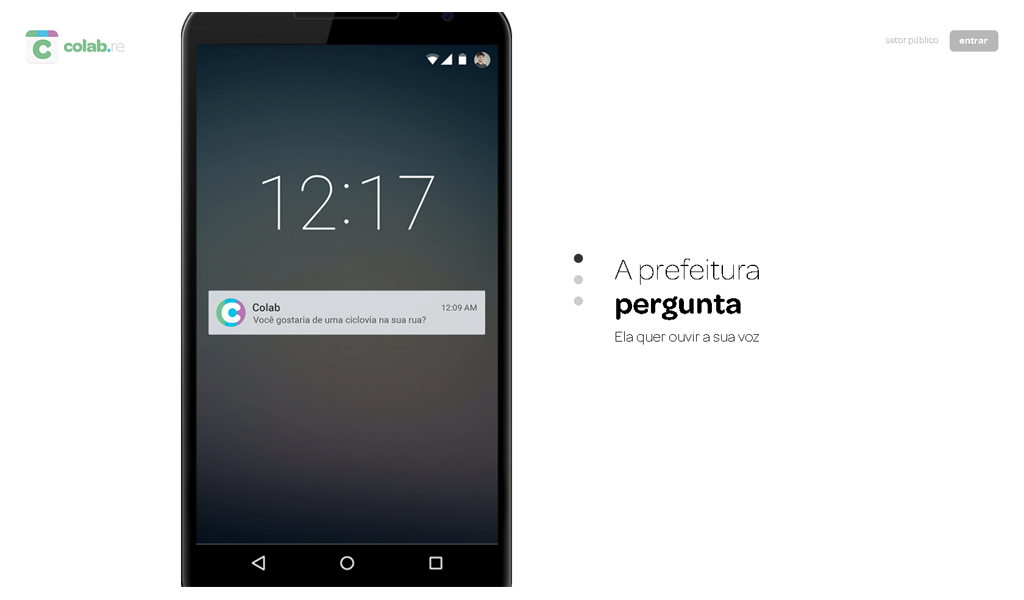 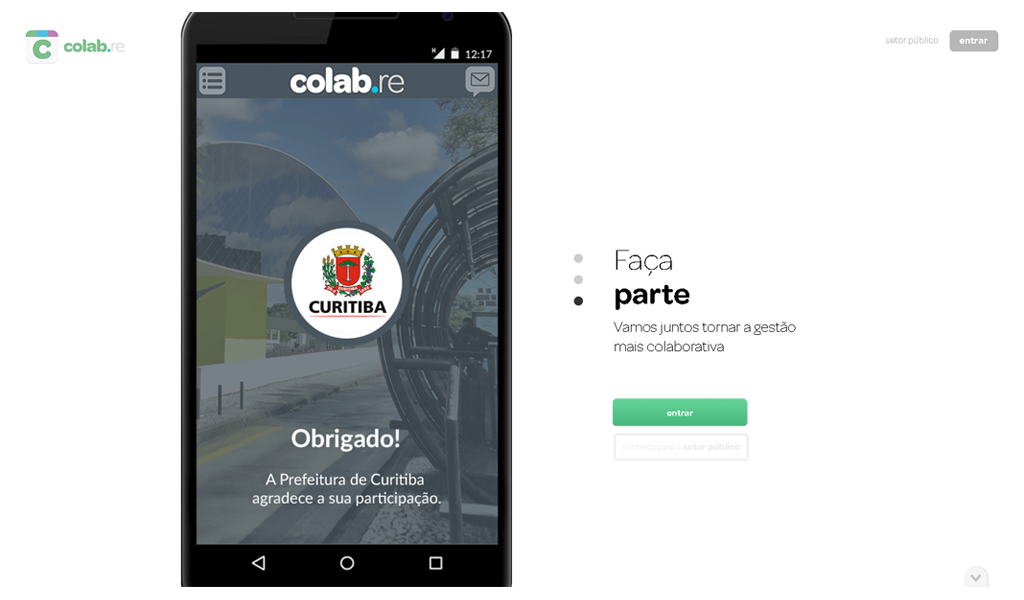 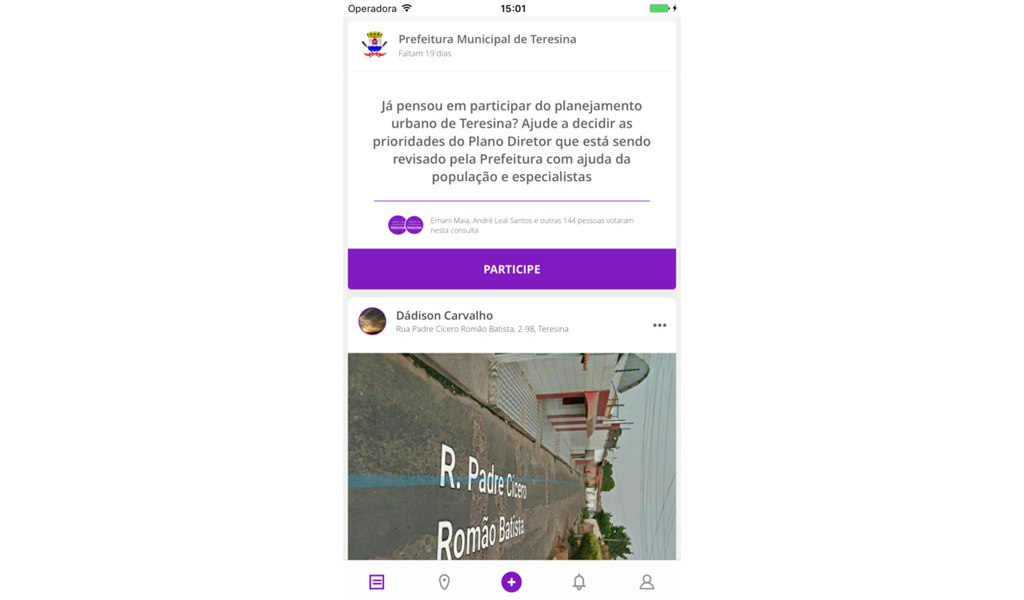 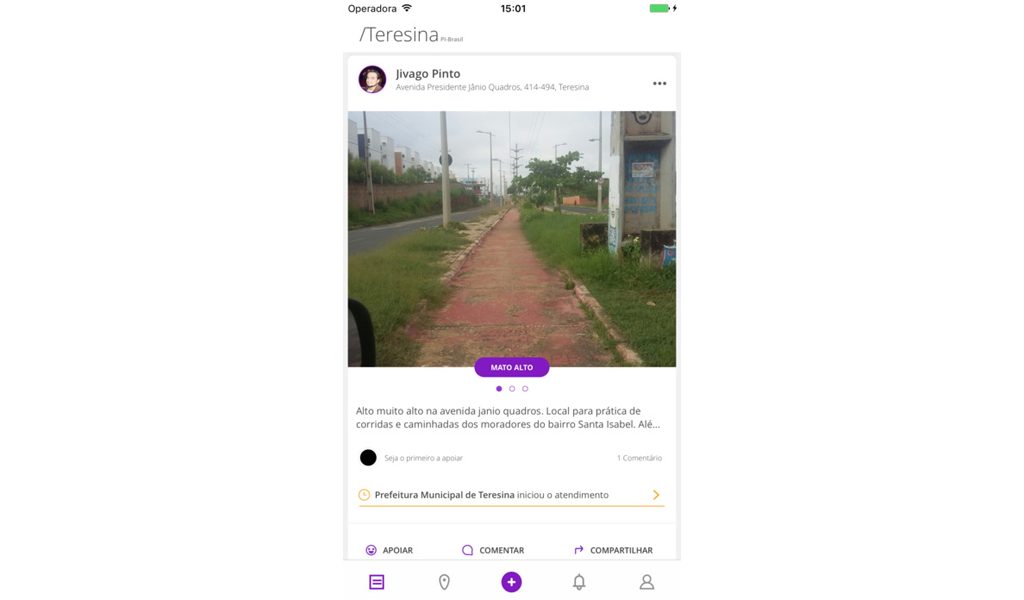 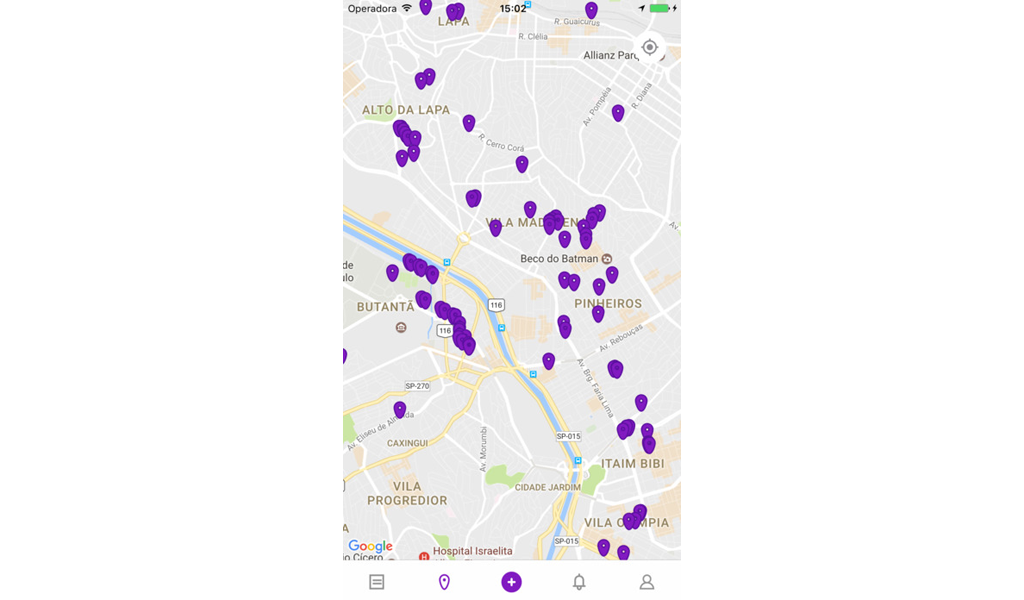